Having many of the attendees coming from Swahili-speaking countries, I thought that ASENTI was the Swahili word for thank you (Asante) and had just been misspelt. This was however not the case as it turns out that ASENTI really stands for African Summit on Entrepreneurship and Innovation. It is the forum that gathers over 1000 entrepreneurs and different stakeholders around the continent to discuss how African entrepreneurship can drive forward the continent’s respective economies.

I got extremely excited when I received an email saying that I could attend this summit. However, my happiness levels decreased the further I read the email which later mentioned that to be part of the summit one had to pay a fee that I couldn’t afford. Fortunately, during one of our meetings as Communications Committee, Nicola (Program Manager of Challenges Worldwide Uganda) broke the news to us that Challenges Worldwide had partnered with ASENTI and they had offered 4 tickets for Challenges ICS volunteers.

Hardly had Nicola completed the communication when I shouted that I would be more than glad to attend.  I expressed interest at a personal level and was also more than glad that I had to represent Challenges Worldwide at the summit. This was a dream come true, a prayer answered because I had been seeking for connections into an ecosystem of like-minded entrepreneurs. Attending this summit was killing two birds with a single stone. 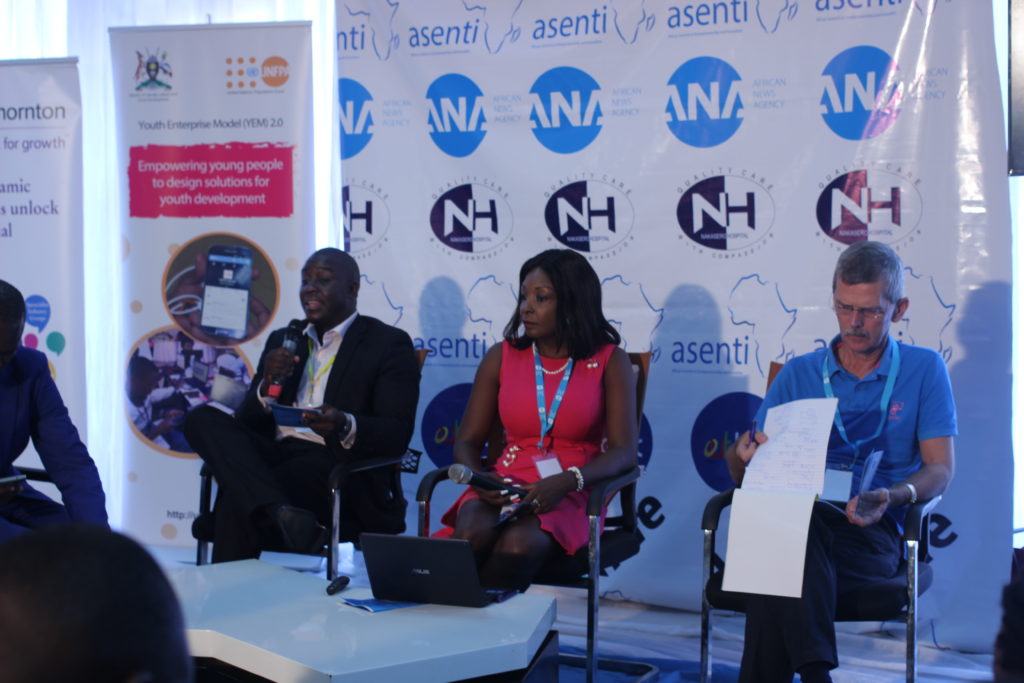 Anyways, to cut the long story short I was accompanied by James, Laura and Nicola. On reaching Innovation Village where the summit had been organised, being my first time visiting I was speechless. For the first time in a long time I had finally landed in a place where innovators, government agencies, manufacturers, suppliers and all other key stakeholders could gather as equals; this was a true ecosystem. This place was also conducive for the creator’s mind; it was a home for the innovators and for the dreamers. I recall turning back and thanking Nicola because I was so overwhelmed by this whole experience.

All this was before I saw the vibrant young entrepreneurs that had come for the occasion with a special kind of hunger for transformation that you couldn’t miss if you looked deep into their eyes. This is the kind of hunger that was on the eyes of the moderator as he called upon the speaker of the day – Maggie Kigozi – who is the most prominent woman in business in Uganda today. She has served as a Minister, civil servant, farmer, business consultant and patron of all secretaries of Uganda. She brought to our attention the SDGs and how entrepreneurs can help in accomplishing them, but also how we could benefit in doing so. We lost track of time since she was so thorough in explaining but when she was through, everyone in the room was inspired and had the look on their faces that suggests, “I am doing what she has recommended immediately after this session.” We were lucky enough to get both group photos and personal photos with the most influential woman before she left – new stories to tell my grandchildren. 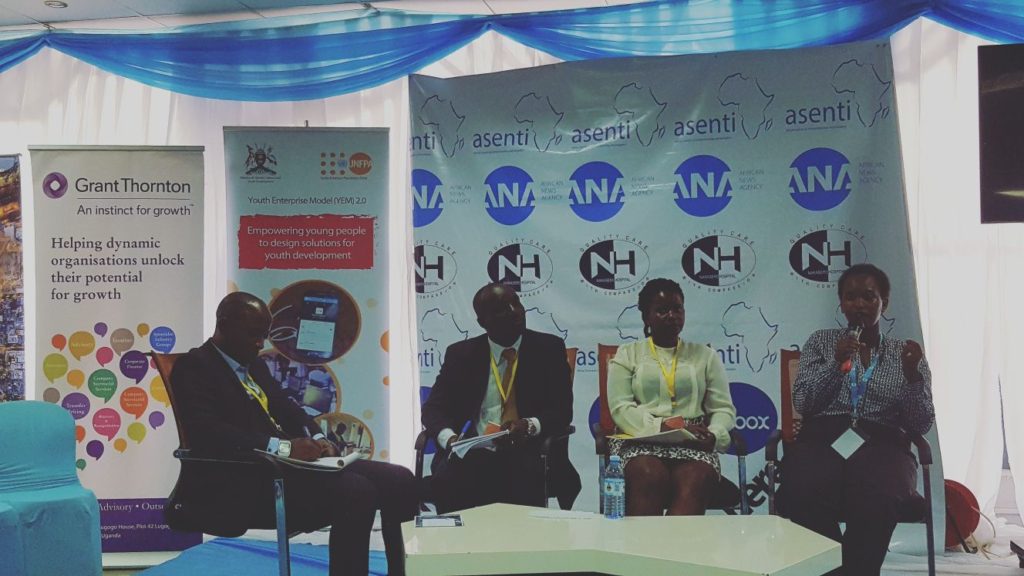 Also attending the summit was EarthEnable, a social enterprise that has focused on the provision of clay floors as an alternative to cement. The floors are sealed using a plant-based oil, similar to linseed. This alternative is not only more durable than cement, but also 75% less expensive whilst producing 90% fewer emissions. This will therefore reduce the construction costs in rural areas of developing countries by almost half, a huge change. The invention was introduced by one of the speakers of that day, something that sparked off more thoughts, more ideas and more questions in people’s minds. Other speakers encouraged us to focus on social enterprises as a solution to majority of communities’ problems.

To finish the day in style we had an interesting pitch session where selected candidates had to present their innovations and business ideas to a panel of judges. The judges in turn selected the best three pitches who were to win prizes. The best part was when the opinions I shared after the pitches were warmly received by the audience and panel, making me feel welcome into this community of creators.

ASENTI did an amazing job thereafter by encouraging us to exchange contacts and also to write our needs and abilities, pinning them on to a board where those interested could find them.

This was really helpful for me because we got to actually interact with software developers, website designers and Agribusiness experts, most of whom I will try to build close connections with in the future.

My sincere appreciation to the ASENTI crew for delivering what they had promised and of course to Challenges Worldwide for enabling us to take part in this event that had gathered entrepreneurs across boarders. 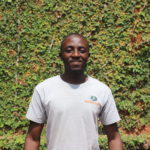