Making one’s way by public taxi through Kampala’s packed streets is always interesting, but this time we were doing so with particular excitement. Our destination was the radio studios of UBC, Uganda’s national broadcaster, and our mission was to represent Challenges Worldwide live on air, to an audience of hundreds of thousands. UBC Radio reaches as far as South Sudan and Kenya.

After a quick group photo outside the compound, we made our way inside. It was clear our appointment was an important one when we were ushered quickly through security on mentioning the producer’s name.  Prossy the radio presenter was warm and friendly as she ushered us into the recording studio and explained the procedure, but nerves were running high as we waited through jingles and advertisements for the microphone in front of us to buzz into life. Sharon, a former Team Leader, our Country Programme Manager Nicola, and current volunteers Lynna and myself sat at the desk and poured over our notes as we prepared our best professional voices.

The interview focused mainly on the ins and outs of the Challenges Worldwide’ programme in Uganda, with a particular emphasis on how local people can get involved.  This was the topic most addressed in UBC listeners’ questions, which we watched ping in on social media between our turns to speak, but we also discussed our personal interpretations of the programme and, in my case, the experience of a muzungu (the local term for foreigner) living in Uganda.

We were also quizzed on our motivations, and whether I had signed up out of sincere belief in the importance of international development or simply to experience the beauty of the “Pearl of Africa” (in truth, a bit of both!)

Nicola was calm and collected as she expertly explained the details of our programme, and in the end her several pages of notes proved unnecessary, it takes far longer to cover the content than she had nervously imagined. Prossy turned her attention to the volunteers next, and we were able to discuss the help Challenges Worldwide gives to young people who need to develop skills and experience, and the impact we can see our work has on the local community. We were also quizzed on our motivations, and whether I had signed up out of sincere belief in the importance of international development or simply to experience the beauty of the “Pearl of Africa” (in truth, a bit of both!)

It proved a good opportunity to reflect on the differences between the two countries’ cultures, such as the tendency in the UK to work to the clock in contrast to more flexible lifestyles in Uganda, and the famous British reserve and politeness.  Both ways of life have their disadvantages, as anyone who has almost been run off the pavement by one of Kampala’s ubiquitous motorbike-taxis (boda-bodas) will attest, but the more relaxed Ugandan lifestyle is good for the soul.

In the end, the hour passed by in a flash, and we found ourselves being thanked by Prossy outside the UBC studio and then shown to the door.  Hopefully, our listeners found the experience as thought-provoking as we did, and at least one person is inspired to take up the challenge of global development as a result! 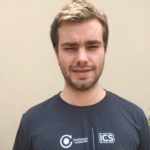 Organic Pineapple in Uganda: Getting to the Core of the Issue Gluten Free in Ghana