Often we take our realities for granted. Access to electricity or to clean water seems to be rights that we all should have. But, all countries have had different historic moments, from colonisation periods to social and political conflicts, which have shaped their population realities. So, these “rights” end up being unequally distributed and, in some cases, a luxury for just some sectors of the population.

I won’t bore you with about how important water is to life. Yet, maybe some of you don’t know that its pollution is one of the most serious ecological problems that we are currently facing. 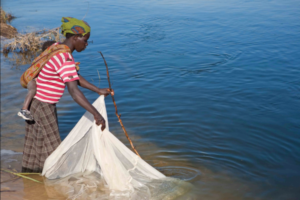 Yes, all our industrialisation development, agricultural and livestock activities, cities sewage and industrial waste discharge are generating an environmental disaster. Not just for the aquatic ecosystems (from oceans to rivers, lakes and so on), but also for underground water, which can end up affecting the water that reaches our houses.

But pollution is not the only problem facing our water supplies

Water issues go from droughts affecting productive farmlands around the world, to millions of people without access to it for their day-to-day activities. 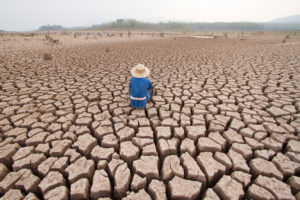 Around one-third of the world’s population live in areas with water scarcity problems, and it is estimated that 600 million are in places where they can’t access safe drinking water. This might sound like a foreign problem for us because in the UK water access isn’t a problem. But, it is a serious problem that is affecting specific regions and locations throughout the world, and it can become quite fast a serious global threat.

Water problems are ranked by the World Economic Forum as one of the greatest risks to economies, the environment and people. And to make matters worse, issues relating to water are affecting extreme weather events, climate change and political instability. All of these end up affecting water management, access, pollution, sanitation and health.

So, yes, it is a problem with no single or easy solution

But we, as a society, can use our creativity, innovation desire and technology to find social, environmental and, hence, economic solutions to water problems.

There are organisations like water.org, which have worked for more that 25 years in making water more accessible, as well as in guaranteeing sanitation, for many regions of the world. They have empowered women and communities, giving them hope and health thanks to a loan system to give a toilet or access to clean water to houses and communities.

Not only big organisations can generate positive changes

A way to start is acknowledging the water issue and, if we won’t or can’t be part of the solution, lets at least try to not be part of the problem. If you are, for instance, an entrepreneur, take into account your waste when doing the costs table. It is very easy to forget about it, given the costs, and also about the effects, because are the communities surround you the ones that will suffer the most.

What about day-to-day solutions? Simple things such as thinking what we eat can make a difference. 70% of the world’s water is being used for agriculture and livestock. In fact, to produce the amount of food that one person needs per day, 3000 litres of water are needed.

I’m not asking you to become a vegetarian, but to reduce your meat consumption. You can do this by eating less meat every week or by taking a break from it every now and the. This way you can make a big difference.

Finally, turning off the tap is an efficient way to save water

Yes, I’m pretty sure you’ve heard this a thousand times. But it’s because is one of the easiest and more effective ways to save water.

Let’s take a fast look at some numbers:

There are many more facts and tips about water and our consumption. So the invitation is to not stay just with this information, be curious about it and try to change your routines in a way that works for you and is also environmentally friendly.

Water is a renewable, but it’s also a finite resource

Drinking, washing, eating and producing any good depends on water. So it’s in our hands to use it in a responsible way and, therefore, guarantee it not only for future generations but also for ourselves.

Be Bold For Change #BeBoldForChange